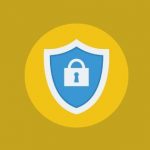 Secure your Android device with the best free antivirus app for Android. At present Android is one of the known as well as one of the widely used operating systems. To secure such a platform from malware, antivirus, and bugs, it must require the best android antivirus on your device. Due to Android's popularity, many times Google’s os target Android, and hence you need … END_OF_DOCUMENT_TOKEN_TO_BE_REPLACED