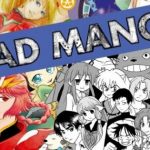 Free Manga sites to read Manga online - For the world-famous Japanese manga comics, finding an official English translation is hard. And hence you need some best manga sites that can read manga online for free. When manga comics were not translated into English officially, the rise of scanlations occur. In which the original comic was scanned, and fans translate then into … END_OF_DOCUMENT_TOKEN_TO_BE_REPLACED